Flipping through the channels, one might think that all commercials have to include acted-out scenes or storylines. Although telling a story is an effective communication tool, many commercials lack sincerity or can come across as cheesy or overdone. If you are looking for something different for your next Orlando corporate video production, consider delivering a monologue. Monologues allow you to present a lot of information at once while speaking to the audience in a very straightforward, earnest way. Here is a handful of ways to include a monologue in your next production:

Monologues involve a single actor who discourses on a single topic, theory, or idea. The topic may branch off into different directions, but the basic premise behind the speech remains the same throughout. Common features of a direct approach monologue for a video production include:

Your actor can be sitting or standing, but either way the intent is the same. Keeping your actor’s attention directly on the audience can make them focus directly on your actor. If this method of filming sounds a bit too close-up or dramatic, keep in mind that monologues can be either comedic or dramatic. No matter your subject matter, utilizing the monologue technique can make it easy to present a lot of information in a concise and impactful way.

Are you afraid that delivering a monologue on camera will lessen your production’s visual appeal? Utilizing a roving or mobile figure can help create movement and visual interest without detracting from the content. Have your actor deliver content with a direct approach, facing the camera head-on. However, the actor will either walk backward or be standing or sitting on a platform or device of some kind that moves.

For example, the platform could pull back through an office building or warehouse as your actor speaks. As another example, imagine a circular platform that turns, placing your actor within a completely different set at a moment’s notice. Either way, the platform could move continuously or stop at various points or rooms as the actor continues to talk. Roving figures have been used in a variety of recent commercials, including for health and beauty products, car insurance, and travel websites.

Monologue Delivered to Others

Another possibility for including a monologue in a production is by having one character explain things to another. One guy could list the benefits of a cool new purchase to his buddy, for example, or a visiting service technician could explain the perks of a product installation to a family. Most of the monologues presented in this way are filmed very realistically as if viewers could easily substitute themselves into the action and receive the information directly.

In documentaries, the person being interview is typically framed on either side of the screen, filling up about one-third of the screen space in total. For a documentary style monologue, your actor should not look directly at the camera, as this is interpreted as making eye contact with the audience. Instead, your actor serves as an informant or deliverer, a knowledgeable person who can speak intelligently and with authority on the given topic. A monologue given in documentary style could be a valuable addition to a larger video production.

If you want to include additional visual interest or imagery in your Orlando corporate video production, consider turning your monologue into a voiceover. One option is to simply use a narrator throughout the entire clip. Alternatively, consider beginning with a direct approach monologue and keep the speech as a voiceover while showing other images. If you choose to cut back to your actor at the end, then he or she becomes even more of a spokesperson or educating figure.

Are you ready to write and film a monologue of some kind? Our Orlando corporate video production company, NG Production Films, will make sure your message is clear, engaging, and impactful. For more information or a free production consultation, call us today at (877) 203-2895 or fill out our online contact form for a prompt reply. 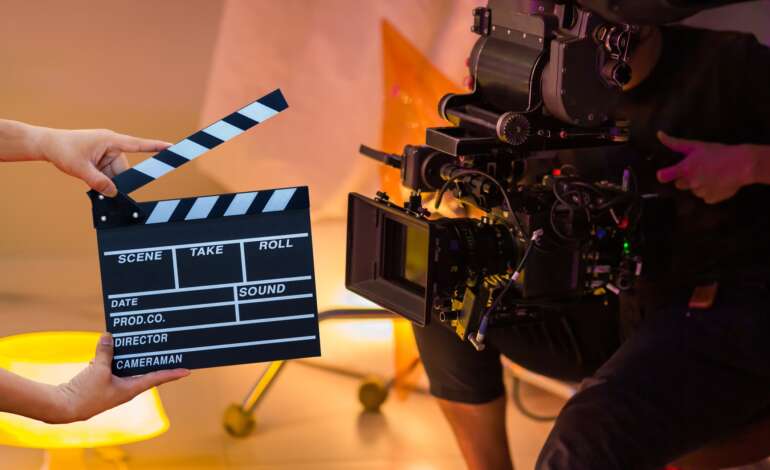