Actors have a huge impact on the success of a commercial or other film project, as they are the face of the production and the ones responsible for delivering clear content. A great script can be stifled by poor acting, and viewers are likely to turn away if the on-screen presenters are not engaging. Whether you are hiring actors or using employees to act out scenes in your next Orlando video production, they should have several essential qualities, starting with these six. Tune in soon for part two of this blog post series!

Video productions give companies the chance to transport viewers into another world, scene, or space, and great actors have the ability to slip convincingly into any role that is required. Whether you need a comical character, a straight-laced spokesperson, a melodramatic performer, or a convincingly real person, the actors you hire should be genuine, sincere, and completely believable. Although the idea of acting is pretending to be someone you are not, properly acted scenes should feel natural as opposed to false or contrived. Keep in mind that actors represent your company’s image; therefore, having actors who appear genuine and trustworthy can greatly impact how the audience views your business.

Before stepping in front of a camera, actors must do much more than simply memorize a script. Performers who are prepared study human behavior, practice physical movements, can convey different emotions, and challenge themselves by imagining different interpretations. They should be willing to research different roles and strive to improve their skills constantly. Similarly, anyone you ask to appear on camera should also be fully dedicated to your film project. They should be knowledgeable about the company and well-versed in any pertinent products or services. This type of study will help your actors appear much more knowledgeable and believable on-camera.

No matter how much time your team spends planning every detail of a film project in pre-production, the physical delivery is key to its success. The core message of your production needs to be delivered with by a clear voice with strong diction. Without proper enunciation, viewers may not be able to understand your actors or the purpose for the production. Other communicative factors to consider include:

Quintessential starving artists and struggling actors do exist, the individuals so invested in their chosen field that they are willing to forego meals for art supplies or work three jobs to pay for headshots or audition fees. Having a strong work ethic and sense of pride helps young actors grow and older actors mature. When professional actors arrive on set, however, they should bring the same sense of excitement and enthusiasm that they had at their very first casting call. The actors you hire or employees you ask to be involved should be ready and willing to work, eager to be a part of your production. Round off the team with professional camera crew equally invested in your company’s videography goals.

The idea of a relatable actor has multiple meanings, including his or her relatability with your viewers as well as with your company image. First, your actors should be somewhat similar to your target audience. All aspects of your production should make sense for your company’s niche market. There are a variety of demographics to consider in terms of actors, but other factors include speech patterns, slang, dress, environment, and selling points. Another way to help meet consumer needs is by hiring actors who also align with your company image. As the face of your production and message, your actors need to be en pointe.

In addition to willingness and preparedness, actors should also bring their personalities to the set. Even an “average Joe” character in a commercial can be made more memorable, relatable, and engaging with a slight accent, strong physical movements, or a clear sense of ownership of the role. Many productions have been ruined by stilted or stiff acting, so look for team members who are friendly and charismatic.

Part two of this post series will include even more things to look for when hiring actors for your next production. For help with everything else, contact our Orlando video production company, NG Production Films. We are leaders in the Orlando area, with over fifteen years of experience in corporate productions of every kind. If you need a camera crew for a live event or want help developing a commercial from start to finish, NG Production Films has you covered. For a free, non-obligation consultation, call us at 877-203-2895 or fill out our simple contact form for a prompt reply.

Kick the New Year’s off with a Video Production! 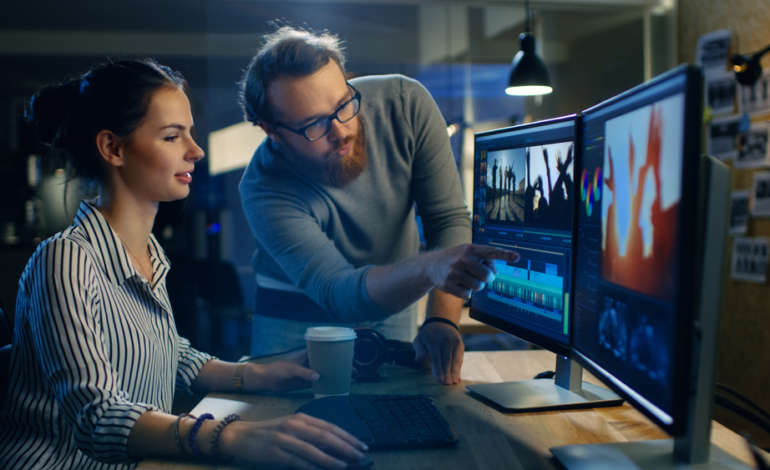