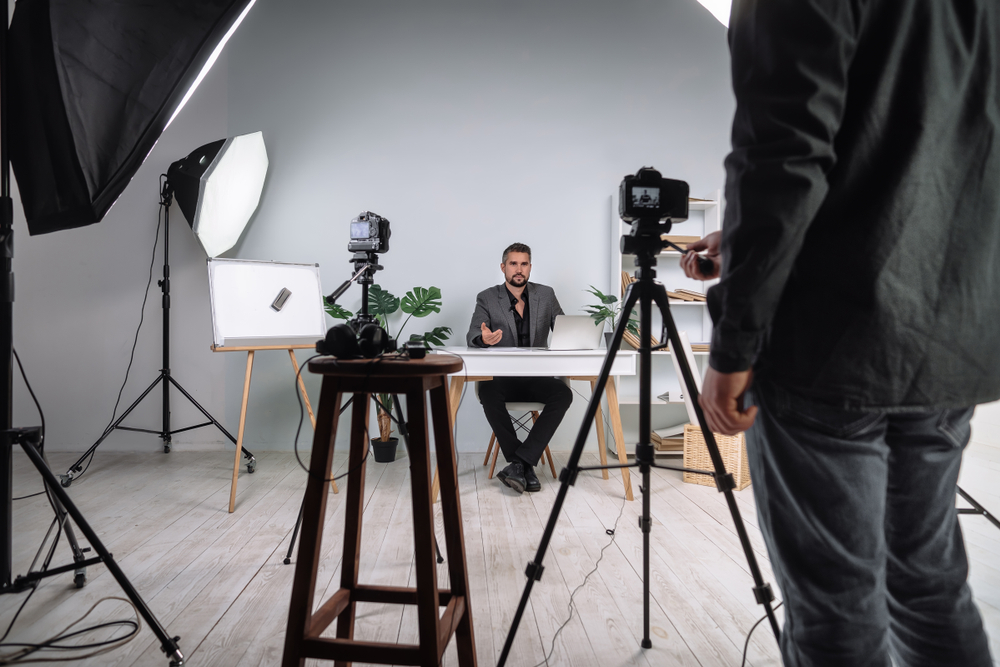 Even after the current period of social distancing, there are many times a person may want to make a video production at home.

Here are some of the most common issues a video marketer may have doing DIY recording, and how they can solve each problem to create a professional-looking Orlando video production project.

Whether the recording is being done in the bedroom in front of a personal laptop or a garage-turned studio, here are some easy ways to get around common hang-ups.

Many times, lighting in a room isn’t built for recording, and it shows in shadows that completely dominate the shot. The solution is to get lights that can be moved around easily. Clip lights can be attached almost anywhere and cost around $10 each. Another option is a mid-range studio lighting setup, which can go for as little as $100 in some cases.

Block Out Background Noise with EQ

Background noise is often a constant at home. The rumble of the neighbor’s car, the chirping of birds, and even the hum of a PC fan can all bleed into the video. The solution is to EQ them out. Many recording and editing programs come with built-in filters complete with handy presets. It’s also helpful to know how to set an EQ manually. For example, the high hiss of a noisy microphone can be removed by cutting out the high end, ideally around 8kHz and above.

Echo is different from background noise. A person can go to record in a silent room, and the echo is caused by their speech for the video. Surfaces like tile are notorious for bouncing sound waves back, so consider the room carefully before setting up to record. A little soundproof foam on the walls can also be a big help, absorbing sound waves so they aren’t sent back to be picked up again by the mic.

Recording the dialogue for a video can be tense, especially for someone who isn’t used to it. Luckily, there are plenty of teleprompter apps compatible with both iOS and Android. Some allow users to record from their phone’s camera so everything can be done from a single device. Many devices also allow the speed of the prompt to be controlled to accommodate one’s preferred reading pace.

When DIY recording won’t cut it, call an Orlando video production company and see firsthand how they make such high-quality work.

Man on the Street Interviews

Video Production at a 5k experience…