Certain filmmakers produce highly distinctive works, and Wes Anderson’s portfolio is no exception. Critics’ reviews of Anderson films often include phrases such as “up to his old tricks” and “quintessential Anderson”. Anderson is a young and fresh filmmaker, but he often evokes a sense of nostalgia in his movies through the use of set miniatures, hand-painted backdrops, and classic pop songs from the 50s, 60s, and 70s. Anderson has many unique traits behind the camera that make his movies stand out. Keep reading to learn more about Wes Anderson films and how they can inspire your next Orlando video production.

In Sync with the Script

Anderson has both written and directed over 12 short and feature-length works, including the screenplay for his most recent full-length project, The Grand Budapest Hotel. As the writer, director, and producer for many of his films, Anderson has control over every creative aspect. He tends to only include words, characters, and gestures if they are essential to the dominant plot and intricate side stories.

Released in early March 2014, The Grand Budapest Hotelrecently made waves at numerous awards shows. In addition to three Golden Globe Award and eleven British Academy Film Awards (BAFTA) nominations, the film won four of its impressive nine Academy Award nominations. This array of nominations and awards shows just how strong and cohesive The Grand Budapest Hotel is, and other Anderson movies boast the same level of commitment and consistency.

Anderson is known for creating highly quirky situations and characters, including the two young main actors of Moonrise Kingdom. At the same time, however, Anderson’s characters do not rest on their so-called “wacky” laurels. Many of these characters, as well as others, express emotion subtly or have much more depth than initially thought. The main roles in The Darjeeling Unlimited and Rushmore, for example, have intricate background stories that are interwoven through the course of the production.

Most of Anderson’s films are fast-paced and comedic in nature, but many feature heavier themes such as abandonment or loss of innocence. His movies often feature unlikely friendships or pairings who banter back and forth with quick wit. Almost all of Anderson’s productions take those characters on a journey with numerous unexpected twists and turns. Whether or not your 30-second commercial includes a trick ending, a strong story will help capture and maintain audience attention. This also applies to a variety of additional film projects, including trade show videos and corporate productions.

Critics and casual movie-goers alike agree: Wes Anderson films are visually stunning. Each film features numerous frame-worthy shots and movie stills, and this is in part due to Anderson’s strict control of color. He deliberately limits the color palette for a scene, location, or the entire film. In fact, there are several websites, blogs, and news articles devoted to tracking and discussing Anderson’s choice color palettes. He uses the chosen colors not only in the background of a scene, but throughout the furniture, props, and characters themselves. This produces powerful imagery with a cohesive feel.

Although you may not want to limit the color palette within your company’s production, you should pay attention to how colors will translate on screen. For example, complementary colors will send a different message than all-warm or all-cool colors. Even the clothes your actors wear can affect the production by being too flashy or distracting. Instead of ignoring or disregarding them, try to consider color and lighting as useful tools in your production.

The majority of Anderson’s films are quirky and light-hearted, and the soundtrack matches. In many cases, Anderson uses music as a way to enhance the scene or overall plot, rather than using it as filler or merely “background” music. Most recently, he has been working with AlexandreDesplat, who composed the soundtracks for Moonrise Kingdom, Fantastic Mr. Fox, and The Grand Budapest Hotel. The latter also included Russian folk songs, while the majority of Anderson’s other films include pop songs and hits from the later 90s decades. The scrappy, stop-motion animated Fantastic Mr. Fox, for example, includes songs by Burl Ives, The Rolling Stones, and The Beach Boys, among others. Consider your choice of background music in your next Orlando video production and how it could affect or enhance the overall feeling and atmosphere.

Other Anderson films include Bottle Rocket, The Royal Tenenbaums, and The Life Aquatic. Throughout all of his films, Anderson demands and achieves visual perfection through the use of impressive sets and original or handcrafted props. He also uses certain filming techniques such as snap zooms, slow-motion shots, and flat space camera moves (which deliberately removes any depth of field).

In addition, Anderson regularly collaborates with many of the same people on set, creating a close-knit atmosphere and working environment. In addition to working with the same soundtrack composer, for example, Anderson regularly hires some of the same actors for each film, including Jason Schwartzman, Bill Murray, and Owen Wilson. In terms of your company’s production, feeling comfortable with your camera crew, actors, and other collaborators will help ensure your shoot runs smoothly.

Above all, Anderson is known for symmetry. Nearly every frame is balanced, and many shots include perfect symmetry. While setting up a shot, Anderson takes into account the lighting, architecture, and character positions to ensure the resulting image is visually compelling. Your own video production does not have to be perfectly symmetrical, but you should take composition and balance into consideration while framing your shots.

After you binge-watch a few Wes Anderson movies, our Orlando video production company, NG Production Films, is here to help you start your next film project! We have the experience and expertise to assist with every aspect of the production, from storyboarding and composition to filming and post-production editing.Call us today at 877-203-2895 for a free consultation or fill out our contact form for a prompt reply.

How to Never Run Out of Video Production Topics in 2021 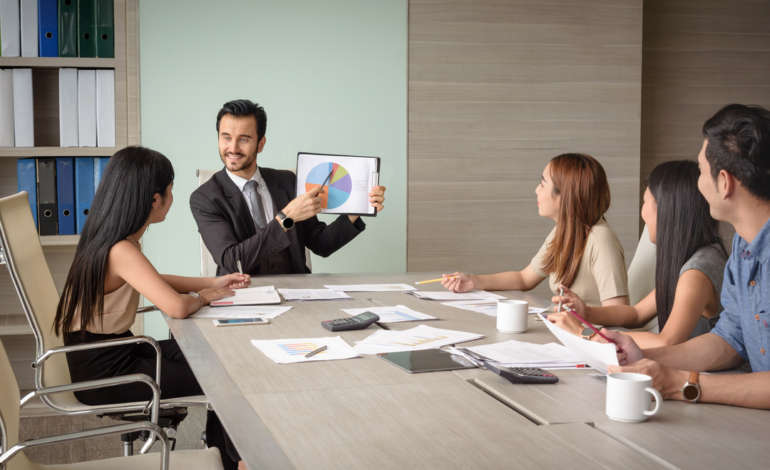 How to Pitch Video Production Projects as ROI Magnets