The popular ABC network television show Modern Family is now in its sixth season. In an attempt to create a particular look and feel, the crew recently shot an episode primarily iPhones and iPads. The episode, which aired on February 25, 2015, played out entirely on a computer desktop and on-screen apps. Because of this, the shows producers opted to ditch their professional equipment in order to capture a more “raw” look. Although Apple devices and other recording equipment can be used to capture footage conveniently, you should resist the urge to use such equipment to create a professional video production. Here are four reasons to use your iPhone for email, social media, and phone calls instead of your Orlando video production :

Sometimes we assume that using our own equipment or hiring a friend will make our production easier, cheaper, and faster. In actuality, filming will be much more difficult to organize and could be much more time-consuming to do everything on your own than with a skilled Orlando camera crew. The team behind the all-Apple products Modern Family episode chose the equipment based on how the resulting film would look, as they wanted a more authentic feel. Still, the episode took over three months to complete, including much time spent in post-production to putting in special effects and stitching together the story.

Modern Family and other television shows have used personal recorders and handsets before, for particular scenes, and much of the production process will remain the same regardless of the equipment you use. The difference, however, is that there was an extensive, experienced crew behind the Modern Family episode, as there should be behind your video production. A great crew will help you organize brainstorm sessions, create powerful scripts and storyboards, and take the reigns in filming and post-production editing. They can even help you market your production through guided media buying, which is something that Modern Family did not need but your production probably does!

Whether you are a musician developing ideas for a music video or a business owner planning to film an upcoming convention, you may be tempted to simply set up an iPad or iPhone on a tripod and capture the action without much effort. Although personal recording devices, including video cameras, offer decent quality, filming in this way could easily result in an unpolished, unprofessional production. No matter your videography needs, your resulting film should be clear and focused, not to mention seamlessly edited in post-production. Hiring a professional camera crew will also give you a variety of shots and angles while ensuring the composition and colors are en point.

Another problem with filming using a phone or similar recording device is the lack of additional, and very necessary, equipment. In reality, there is no comparison between the quality when using personal recording devices versus using a crew with cutting-edge technology. Choosing the latter means no loss in audio or video quality thanks to high-end cameras and top-of-the-line microphones. Your crew may also have special equipment for blocking or reflecting light, as well as light filters and other tools for special effects. Professional-grade editing tools and an experienced post-production team are essential for cutting, splicing, creating seamless transitions, and evening out audio levels.

Many long-running television shows try to mix things up for their audiences by doing something unexpected or off-kilter. For example, the seventh season of Grey’s Anatomy included a musical episode, 30 Rock did a live show in its fifth season, and Psych regularly does themed episodes or tribute shows. Doing so is a way to attract buzz, but it also knowingly adds to the hyperrealism of each show.

Feel free to be creative, take risks, and try new things within your Orlando video productions, but avoid going so far that the resulting production does not make sense for your company, goals, and audience. Shooting a music video or another video project is ground for more creative ideas, but the final result should still look polished and professional.

Our Orlando video production company, NG Production Films, has the cutting-edge equipment and film medium experience to make your production a success. We can help infuse your production with creative ideas and angles while ensuring it is polished and makes sense for your corporate or individual production needs. For a free, no-obligation consultation, call us today at 877-203-2895 or fill out our simple contact form for a prompt reply.

12 Essential Qualities Your Actors Should Have, Part 2 of 2 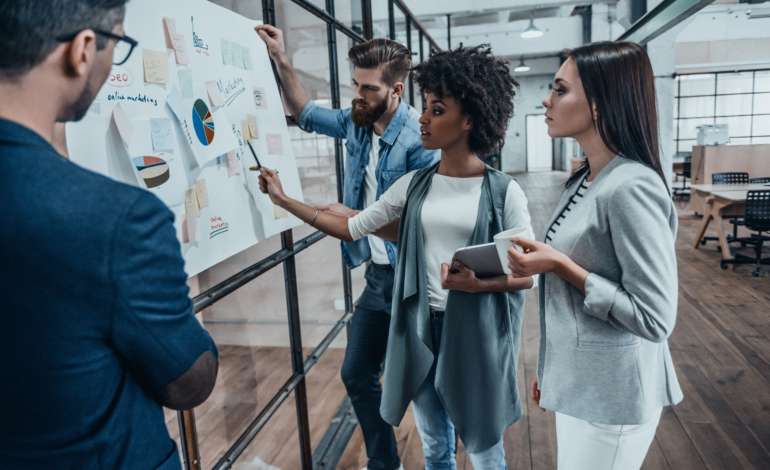 The Ultimate Checklist for Planning a Video Production Project